Rising in rankings from industry leaders, Tampa is increasingly receiving national recognition as a growing tech hub.  Fueled by a growing eco-system of new shared workspaces, incubators, and networking events where techies and entrepreneurs are able to connect with each other and investors, job opportunities on the rise at both local startups and established companies.

Over the last decade, the Tampa Bay Area has transitioned into a place that helps technology startup companies succeed, making it possible for them to show up on the national radar. Capital sources across the country have begun referring to Tampa as a top emerging market. Low housing costs and access to the amenities one finds in a larger city are also a draw.

“Florida is a great place to run a business and be an entrepreneur from a tax and cost of living standpoint, and I think people are starting to recognize that distributed work which, I think, further strengthens Tampa Bay. If you can work from anywhere, why not choose somewhere close to the beach?” – Entrepreneur Chon Nguyen (CEO, Newgentek/ Co-Founder and CEO, Fusionprep/Partner, Proper House Restaurant Group)

Emerging Tech Cities In The U.S.

Tech is unstoppable. Analysts are projecting that the tech industry will be worth $461 billion by the end of 2021. That’s with the disruptions due to Covid-19, which barely slowed down the tech industry at all.

The prevalence of technology is causing a new Great Migration, as tech-savvy pioneers strike out toward tech cities in search of new opportunities on the cutting-edge of technology.

We’re going to take a look at five of the most up-and-coming tech cities to help give you an idea of where the next Silicon Valley is taking shape.

Tampa is quickly turning into Florida’s tech capital. It has been exploding in the tech industry for several years now. There are over 50 software and IT companies in Tampa.

Tampa is responsible for over 25% of Florida’s tech jobs, and there has been a massive surge in tech jobs in recent years. Over 2,000 new tech jobs are anticipated in 2021, in addition to the already vibrant community.

With so much attention on the Tampa tech industry, the economy has been attracting some high-profile investors eager to get in on the action. Most notably, Bill Gates and former hedge fund manager Jeffrey Vinik have invested $3.5 billion in real estate geared toward tech. This is only one component of an ambitious 50-acre development project that is completely transforming Tampa’s downtown.

This is just one way that Vinik has been investing in Tampa’s technological future. He’s also been working with the city’s vibrant startup scene with his Embarc Collective initiative. Embarc Collective started out intending to be a startup hub and now it supports as many as 100 early-stage tech companies.

Covid-19 flipped the script on that plan, however, as it did for so many things. The Embarc Collective transitioned to sponsoring startups first and then launching the co-working space. Both of which were a rousing success.

Vinik and Gates’ support is just the nitroglycerine in an already revving engine. Tampa’s positioned to become one of the tech capitals of the American South in the coming decade.

VCs are also playing a large role in Tampa’s tech emergence. Marc Blumenthal has spearheaded Florida Funders, which is finding, funding and building the next generation of tech companies. Florida Funders targets many early-stage tech startups with investments ranging from $500,000 to $2 million.

Of course, Tampa isn’t the only tech city in Florida. Miami has become a hot spot for technological innovation. In 2020, two of tech’s biggest names (and wallets) relocated to Miami to make it their permanent home. Founders Fund partner Keith Rabois and Blumberg Capital founder David Blumberg moved to Miami. With them followed nearly $1 billion in venture capital in 2020 alone.

Neocis, a healthcare robotics company, and aXpire, a software company that creates SaaS fintech products, are just two of the top tech startups in Miami.

Miami boasts one of the richest work-life balances of any of the tech hubs in the U.S. You’re just minutes away from some of the most beautiful beaches on Earth.

Some things will never change. Among these certainties is the fact that New York City is one of the business capitals not just of the U.S. but of the entire world. Another certainty is that NYC will also serve as the gateway between the old world and the new.

It’s not entirely a shocker considering how New York City is one of the centers for everything. Even that underplays the truly momentous amount of technological innovation that’s come out of that city in recent years.

First of all, there are several excellent universities, such as NYU and Columbia, for learning the latest tech skills and that are conducting the most cutting-edge research. This innovation is happening in every sector that involves technology as well. It’s not all just punching code into the command line.

There’s the public sector, as well. Portions of NYC have been dubbed “Silicon Alley,” the business sector around Manhattan’s Flatiron District where some of the most exciting tech innovations have been happening.

Some of the startups to keep your eye on in NYC are Unquork, which makes building software faster, and Rhino, which can get you into an apartment without a hefty deposit.

From Silicon Alley to the Silicon Hills, the nickname given to Austin. It’s another city that’s been blowing up for the past few years as a result of an influx of tech talent.

We round out our list of the top tech cities in the U.S. with the original tech hub. You simply cannot comment on the current tech scene without considering its most famous, iconic setting.

You could fill an encyclopedia with the interesting, thought-provoking technological innovations that have come from Silicon Valley. It continues to lead the charge in everything from video games to augmented reality. Not all of their work is for escapism or entertainment, either.

Some work coming out of Silicon Valley is saving lives.

There has been a boom in Silicon Valley healthtech companies as tech reaches its futurist potential. Some clever researchers have been employing AI in everything from virtual assistants to diagnosis. Imagine the implications when technology becomes capable of not only repairing illness but preventing it outright!

Ready To Go Boldly Into The Future?

To coin a phrase, “the future is now.” Choose one of these tech cities and you very well might find yourself in the center of the tech universe.

More From the BLOG / FYI Silicon Hills has overtaken California for the highest concentration of tech jobs. As a result, sales and prices in the Austin real estate market 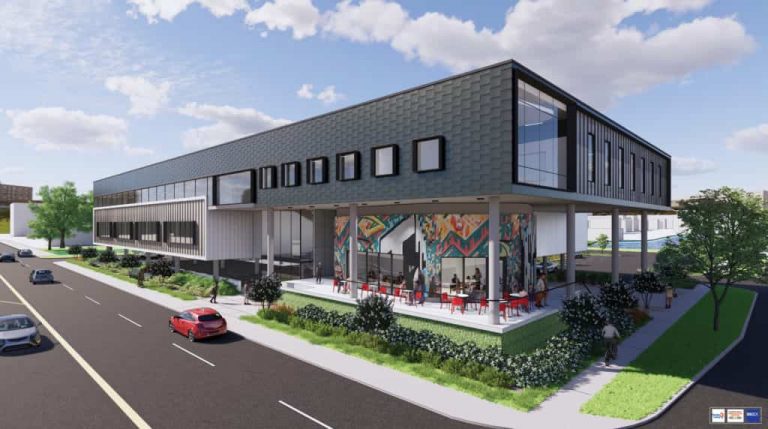 California’s fabled wine country is still a top destination for second homes. Napa home prices were up 16.8% compared to last year, selling for

Laurian Club offers a unique opportunity to co-own a portfolio of high-value, revenue-generating luxury homes  for a fraction of the cost of a single comparable property.

Investors share ownership of fully-managed, luxury residences in some of the most sought-after destinations for business and leisure travel and enjoy the perks of our private Destination Club.

Warning: Trying to access array offset on value of type null in /home/cenergym/laurianclub.com/wp-content/plugins/elementor-pro/modules/nav-menu/widgets/nav-menu.php on line 1446

Warning: Trying to access array offset on value of type null in /home/cenergym/laurianclub.com/wp-content/plugins/elementor-pro/modules/nav-menu/widgets/nav-menu.php on line 1459

Warning: Trying to access array offset on value of type null in /home/cenergym/laurianclub.com/wp-content/plugins/elementor-pro/modules/nav-menu/widgets/nav-menu.php on line 1470

Warning: Trying to access array offset on value of type null in /home/cenergym/laurianclub.com/wp-content/plugins/elementor-pro/modules/nav-menu/widgets/nav-menu.php on line 1483
Menu

Warning: Trying to access array offset on value of type null in /home/cenergym/laurianclub.com/wp-content/plugins/elementor-pro/modules/nav-menu/widgets/nav-menu.php on line 1446

Warning: Trying to access array offset on value of type null in /home/cenergym/laurianclub.com/wp-content/plugins/elementor-pro/modules/nav-menu/widgets/nav-menu.php on line 1459

Warning: Trying to access array offset on value of type null in /home/cenergym/laurianclub.com/wp-content/plugins/elementor-pro/modules/nav-menu/widgets/nav-menu.php on line 1470

Warning: Trying to access array offset on value of type null in /home/cenergym/laurianclub.com/wp-content/plugins/elementor-pro/modules/nav-menu/widgets/nav-menu.php on line 1483
Menu

Information contained in this website is for informational purposes only and is not an offer to sell.

For sales information, please EMAIL Concierge@LaurianClub.com or call us at (786) 520-6510

There is a tide in the affairs of men, which, taken at the flood, leads on to fortune; omitted, all the voyage of their life is bound in shallows and in miseries.

On such a full sea are we now afloat; and we must take the current when it serves, or lose our ventures.

Information contained in this website is for informational purposes only and is not an offer to sell.

There is a tide in the affairs of men, which, taken at the flood, leads on to fortune; omitted, all the voyage of their life is bound in shallows and in miseries.

On such a full sea are we now afloat; and we must take the current when it serves, or lose our ventures.

Is Now Really a Good Time to Buy?

Why Did We Pick These Destinations?

What is a Real Estate Syndicate?