Ian Schrager was the co-founder of New York City’s Studio 54 nightclub, and he famously created the modern concept of the boutique hotel. In recent years, he has partnered with Marriott on the EDITION brand of hotels and luxury residences, including the forthcoming Tampa EDITION. Part of the Water Street Tampa development, this will be Tampa’s first five-star hotel and will include 37 condos on the building’s top floors.

Here’s the story from the Tampa Bay Times:

‘This is Tampa’s time,’ says the hospitality veteran, whose five-star Tampa Edition will open by 2022.
By Jay Cridlin

“When Disney started doing animated films, that process was available to everybody else,” he said. “There were other animated films out there. But he put it together in a way that resonated with people, so that my kids today can watch an animated feature that was done 70, 80 years ago, and still respond to it. Pretty amazing.

“Now, I’m not comparing myself to Disney,” he continued. “I’m just saying, that’s the ideal. That’s what I’m trying to do.”

It’s bold talk. But there are few hoteliers capable of backing it up like Schraeger, a New York hospitality legend who co-founded ’70s party paradise Studio 54 and was a key figure in the emergence of the boutique hotel industry in the ‘80s.

His Marriott-partnered upscale hotel brand, Edition, has 11 locations worldwide and eight more on the way. One of those — the fifth in North America — will sit in downtown Tampa, a five-star jewel in the $3.5 billion Water Street Tampa development.

The 26-story Tampa Edition will feature 172 rooms and 37 private residences starting at $2 million apiece. Construction topped out in February.

Schrager’s hotels have faced setbacks during the pandemic. He had to finish a new Tokyo hotel via Zoom. His Times Square property has been closed for months; he expects it to reopen in June. Even the Tampa Edition has delayed its opening from late 2021 to early 2022.

But Schrager is committed to seeing it through, and plans to come to Tampa to oversee the final weeks of construction.

“In any Edition hotel, there isn’t an inch, a stitch, an ashtray, a pencil, a flower that I’m not involved in,” he said. “If the service at the hotel isn’t good, if it doesn’t look magical, I take it as a personal reflection on me.”

Over a video chat from his place in Southampton, N.Y., Schrager talked about his vision for the Tampa Edition, Studio 54′s impact and more. The conversation has been edited for length and clarity.

Let’s be honest: Tampa is not New York, it’s not Dubai, it’s not Miami. How does Tampa even enter your worldview as a place to put an Edition hotel, and why does it make sense to you?

Could you have pictured Tom Brady at Studio 54 back in the day?

Definitely. And his wife.

Did you have a lot of athletes at Studio 54?

Everybody passed through there. If they were a visiting team, they came. We had Muhammad Ali there a few times. If anybody came to New York, they made a stop at Studio. That’s just the way it was.

What did you hear from the Water Street team that made you think an Edition would work in downtown Tampa?

What they’re doing down there in Tampa, they’re doing in two other places in the country. It started out in L.A. with Phil Anschutz, who did a great, critical mass of properties, which has jump-started downtown L.A. Another transformational project is in Detroit, being done by Dan Gilbert. Those projects that completely transform a city because of their great scale. They’re almost like public works. I think it’s going to serve as a template for revitalizing and expanding cities all over the country. And a guy like me doesn’t often have the opportunity to work on something like this. So it’s a real thrill.

In your mind, what’s the difference between a four-star and a five-star hotel?

I don’t believe in those things, those kind of categories. It’s not about how many water coolers you have in the hallway, or if you have the finest bone china for the coffee, or if you have white gloves on. Those are, I feel, antiquated criteria. The difference between a great hotel and a good hotel is the service. When I got started, the service wasn’t that important, because every hotel was generic. I was coming out with something innovative, and I relied on the innovation. Well, the innovation isn’t enough anymore. It can’t cut it. You have to have great service.

How has the pandemic affected the development of this project?

It could mean the ramp-up is a bit slower than anticipated. But I don’t really believe in paradigm shifts. I don’t really believe things are going to change. Meeting face-to-face is part of the human condition. So I think it’s going to go back just the way it was before. Maybe even more, because people are going to go mad once these lockdowns stop. They’re going to really want to get out there. It could ramp up a little bit more slowly. But a permanent shift? I just don’t buy it. 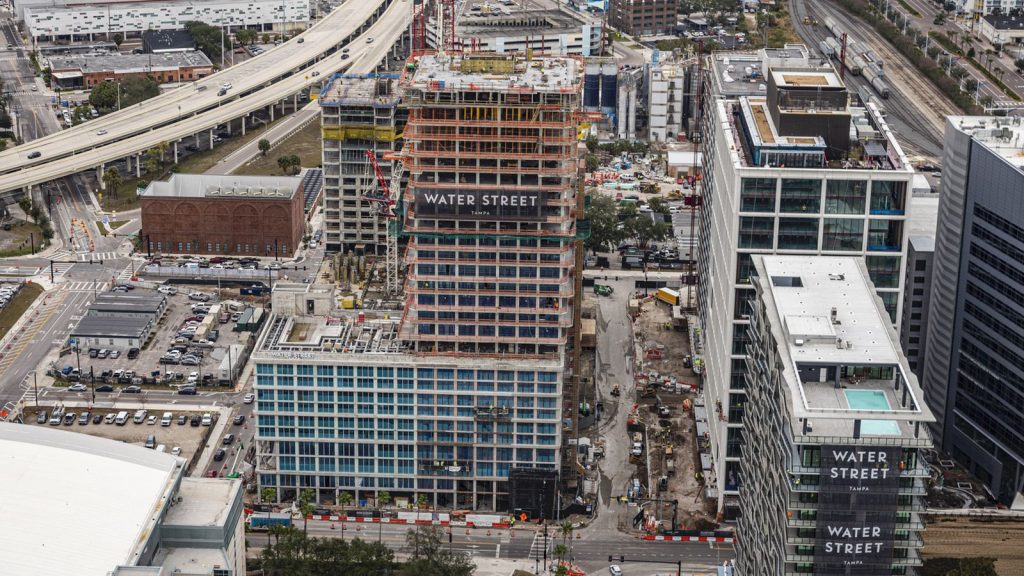 Did your work in the boutique hotel sector not represent a paradigm shift for the hospitality industry? Or to go back even further, Studio 54 — wasn’t that a culture-changing moment in time?

Do I think my first boutique hotel changed the industry? Yes. Did it fundamentally change us as people and the way we live? No, it just gave us a new product. With Studio 54, that was really just the culmination. We had gone from rich people being celebrities to athletes being celebrities to rock stars being celebrities to artists being celebrities. That was about the time when diversity was coming into its own, and the combustible energy that gets created when you put a lot of diverse people in one room. Studio capitalized on that. But a paradigm shift? No.

You’re working with Marriott, one of the biggest companies in the world. And you’re working with a pretty powerful developer in Strategic Property Partners. When the Tampa Edition opens, how closely will it represent your vision for what it should be?

A hundred percent. We have good owners, and they’ve been very supportive. They’re coming to Marriott and I because they want what we do. Not everybody’s like that. I had to make adjustments to some of the things they wanted, which I thought was reasonable, and of course I have to comply with the budget and the schedule. But I wouldn’t open a property unless it was consistent with the brand. I wouldn’t promote it if I wasn’t proud of it. I don’t get the people to go to the hotel. The hotel does that. It’s my vision down there in Tampa.

Want to read more about Ian’s Tampa project? Check out this interview at Tampa Bay Magazine. 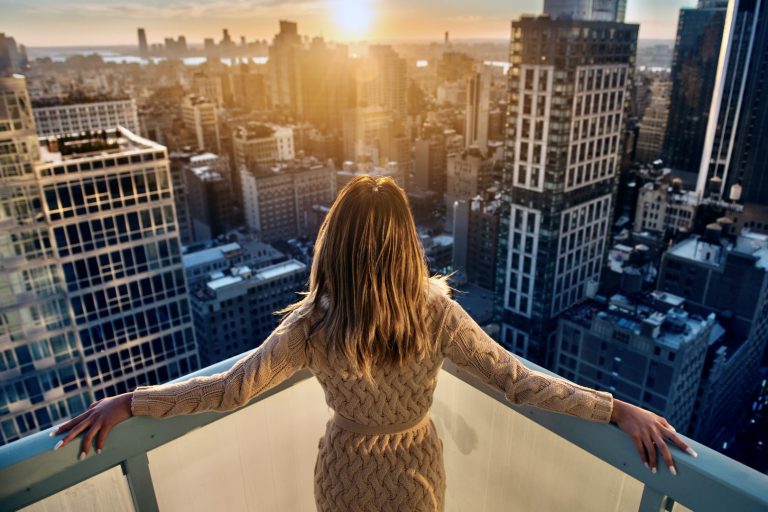 Alan Watts was famously quoted as saying “The essential principle of business, of occupation in the world, is this: Figure out some way in 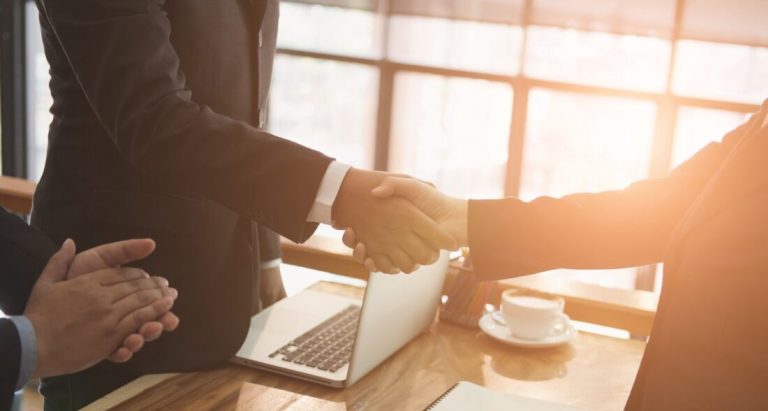 What is a Real Estate Syndicate?

A real estate syndicate is a group of investors who pool their capital to buy or build property. Combined, they have more buying power 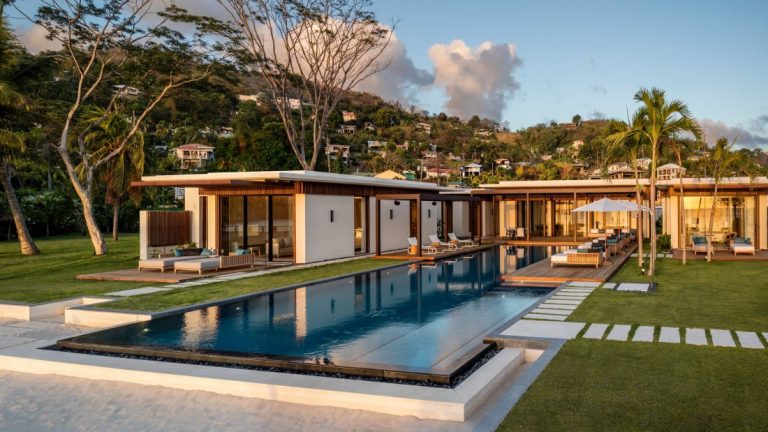 The Hottest Hotels Have Real Estate For Sale